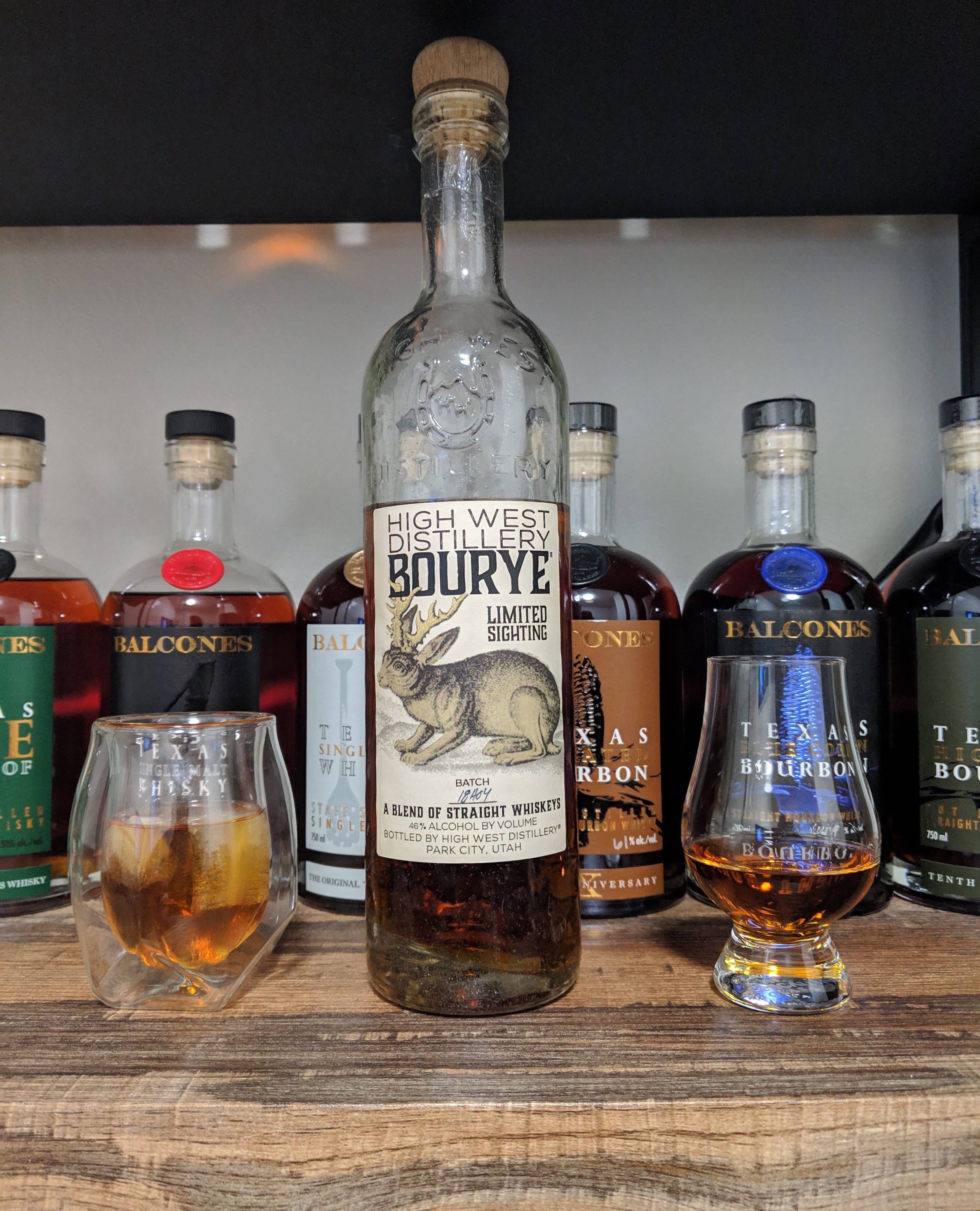 I’m getting festive with another High West review tonight. This time it’s their 2018 Bourye which is a blend of 3 MGP bourbons and 2 MGP ryes despite the back label saying it was sourced from multiple distilleries but hey who has time to make sure the label and the website are consistent? Definitely not craft distilleries, that’s for sure. Sass aside getting well aged MGP stock that you can just find on the shelf(at least where I am) is an interesting proposition even though a 5 recipe blend of rye and bourbon seems unusual. This is another old favorite of mine but unfortunately High West site only lists the recipes from 2015 on and doesn’t even mention the elusive Son of Bourye much less the early recipes but I’m hoping this new bottle stacks up! Also on a random personal note my new team at work is called ‘Jackalope’ which is the mythical creature featured prominently on the bottle so assuming I don’t kill this bottle during the week I’ll be offering it up at our Friday happy hour.

Age and Mashbill: Blend of five:

Nose: Sweet and spicy with just a bit of citrus. Notes of brown sugar, clove and oranges in that order of prominence

Taste: A soft and slightly thin mouthfeel with strong caramel notes and hints of baking spice and cherries

Finish: Long, warm and sweet with brown sugar and just a touch of baking spice

Nose: The spice is muted but the brown sugar and citrus are still very present

Taste: Again the spicy notes are lost for me as brown sugar notes give way to cherries. The ice definitely shores up the thinner mouthfeel from the neat pour.

Finish: Shortened but not overly with brown sugar sweetness and just a touch of the spice coming back in

This bottle is a perfect example of why I wish High West did higher proof bottlings. It’s got great notes but they aren’t as strong as I like, the mouthfeel is a bit thin neat and the notes don’t hold up well to ice. I believe that even bumping the proof up to something like 100(a High West BiB, we can dream right?) would be enough to overcome those weaknesses and push this into the 8-9 territory. Stacking this up against the rest of current High West family it comes in the middle of the pack ahead of the much cheaper Campfire, Double Rye and American Prairie Bourbon but behind Rendezvous Rye, Yippee Ki-Yay and A Midwinter Night’s Dram. That’s also my rough stack ranking of High West. All that said it’s a great bottle though it’s a bit hard to justify the price. I’d like to try my hand at blending another MGP sourced rye with Boone County 1833 to see if I can come up with my own Bourye competitor similar to adding a Lagavulin float to Four Roses to make my own campfire.