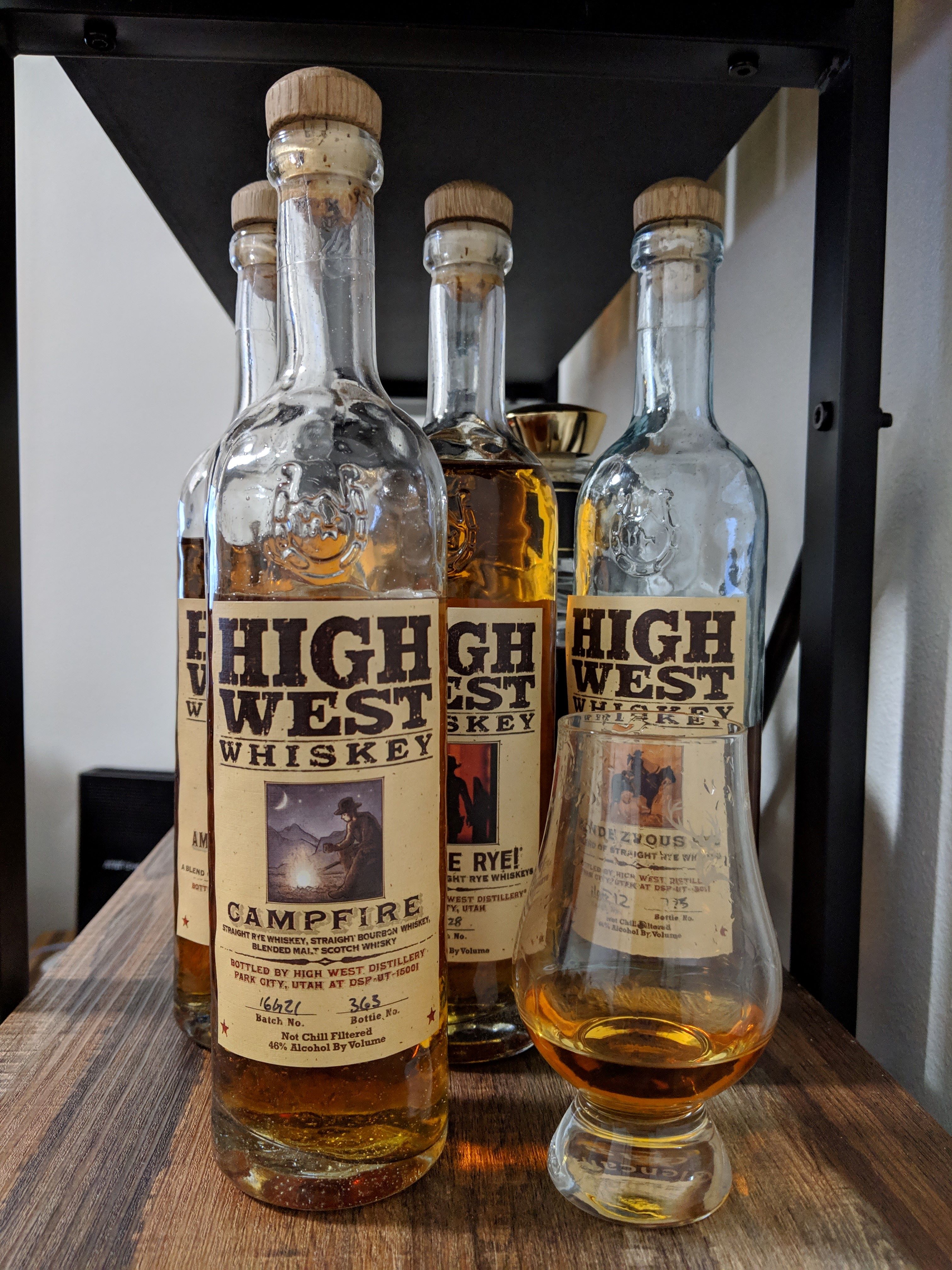 Well I put off the Campfire and Double Rye! to the end but here we are with only days to spare before my trip so it’s time to buckle down and taste these starting with the 2016 Campfire which is a blend of MGP bourbon, MGP rye and a mystery scotch(not Islay though).

Nose: Oak and smoke notes with some background sweet notes though they were hard to nail down through the smoke and wood

Taste: Less wood and smoke than the nose though those are still the primary notes for me with sweet dark cherry underneath

Finish: Smoky and a little spicy

Taste: More honey and smoke with some oak notes as well, unfortunately the ice quashed the cherry note

Ah the black sheep of the High West family. I’ll start with the best part: the taste is dead on with the name and it’s fine to drink. To me it was this sort middling blend of bourbon, rye and peated malt which has the the basic elements of each but none of what makes them great. It’s an interesting whiskey and I’d definitely suggest ordering it at a bar at some point to try it but for me it wasn’t worth a bottle purchase. Yay for 375s! Also similar to the anecdote on the back of the label about being inspired by the smell of peat to make this blend I was inspired by this blend to make my own; see the bonus section below :)

Nose: Rich smoke notes dominate the nose with just a hint of sweetness and rye spice

Taste: The mouthfeel was nice and thick with primarily oak and caramel notes with a bit of smoke as well

Finish: This part was actually amazing: rich smoke and warm baking spice linger for days with just a touch of sweetness

The only MGP rye I had on hand was the Willet 10 so I decided to make 10 years the theme and grabbed an ER and Laphroaig. I wanted to stay some what close to the 92 proof so I went with primarily the 90 proof ER with the 115 proof Willet and the 86 proof Laphroaig which lands me at 97.6 proof. Eh close enough. The nose and palate were just fine but the mouthfeel and the finish were surprisingly good. The extra proof and age certainly helped there and this pour was definitely more expensive than Campfire(the Willet was $200 though the other 2 were in the $30s so not by much) but it felt good to make a blend that wasn’t awful. I mixed up a 2nd batch to be sure :) I’d like to see High West do a more premium version of campfire!