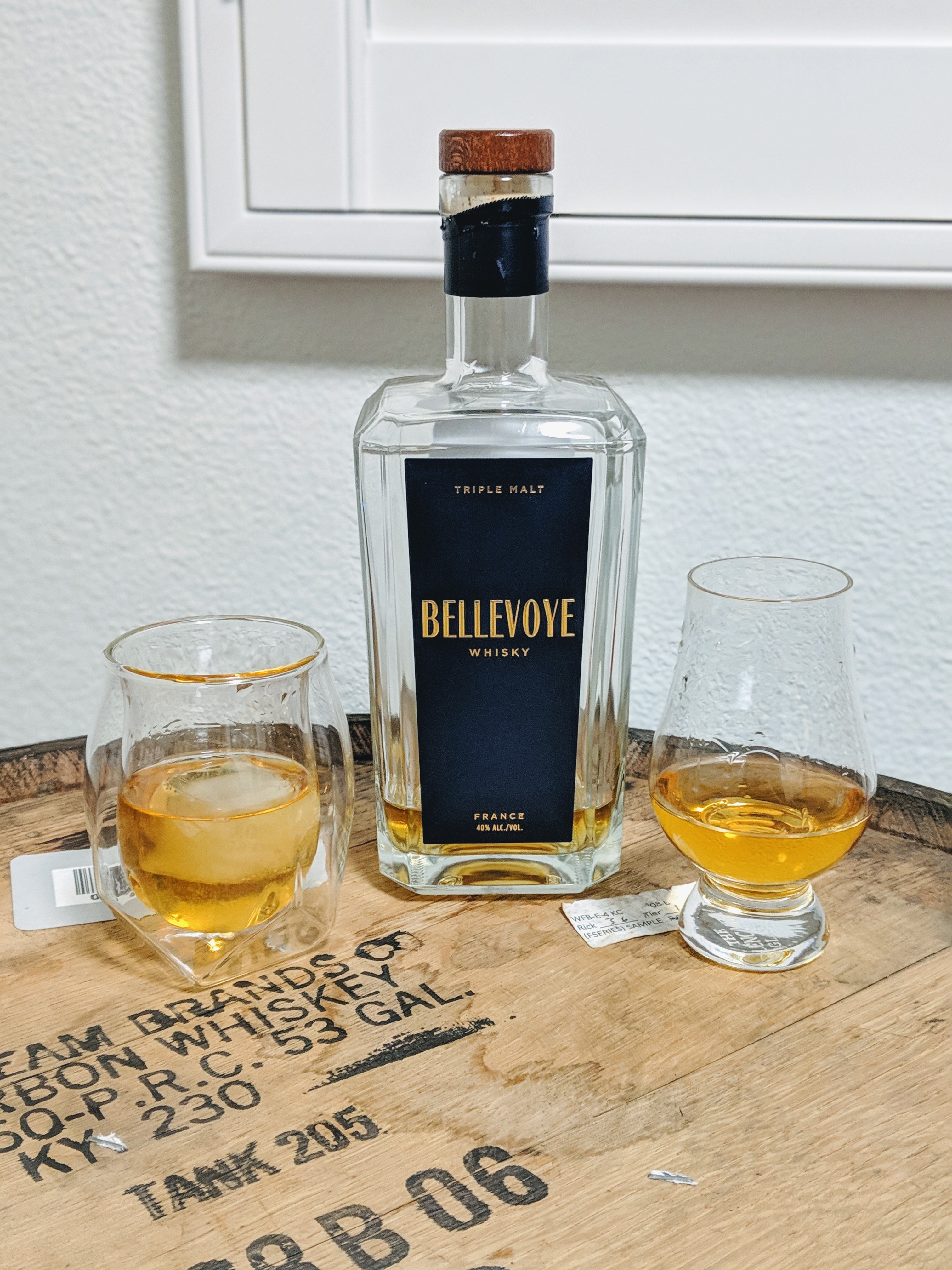 I attended a Whiskies of the World event last year and tried some rather good French whisky(Brenne) so I went to Total Wine to pick up some French whisky and ended up with Bellevoye Triple Malt. So let’s see how it stacks up.

Nose: An odd mix of fresh cut lumber, malt and a touch of artificial sweeteners and something herbal

Taste: Thankfully better than the nose with notes I’d expect from a young single malt. Malt, honey, vanilla and touch of acetone. The thin mouthfeel wasn’t surprising given the low proof.

Finish: Short and weird, I couldn’t place the note but it was harsh I didn’t care for it

Nose: The ice mellows the nose out nicely to an inoffensive honey and malt with just a touch of fresh wood

Taste: Very similar to the neat notes with more malt and honey though the vanilla and acetone are absent

To say the least this was disappointing, especially in the nose and finish though there were a few decent notes in there. I’m wondering if an older variation of this would actually be good? I did not care for this one so I ended up bringing it to a work happy hour just before I left the team :) That said it was fine as a mixer for a whisky and Coke.