I’d never heard of Wathen’s before my local shop got a barrel pick in. I was curious and looked into them a bit but pretty all we know about this bottle is what’s on the label. It’s Kentucky Straight Bourbon and it’s sourced from somewhere. The owner/picker described this one as ‘liquid candy’ so let’s see if it live up to that tag line. 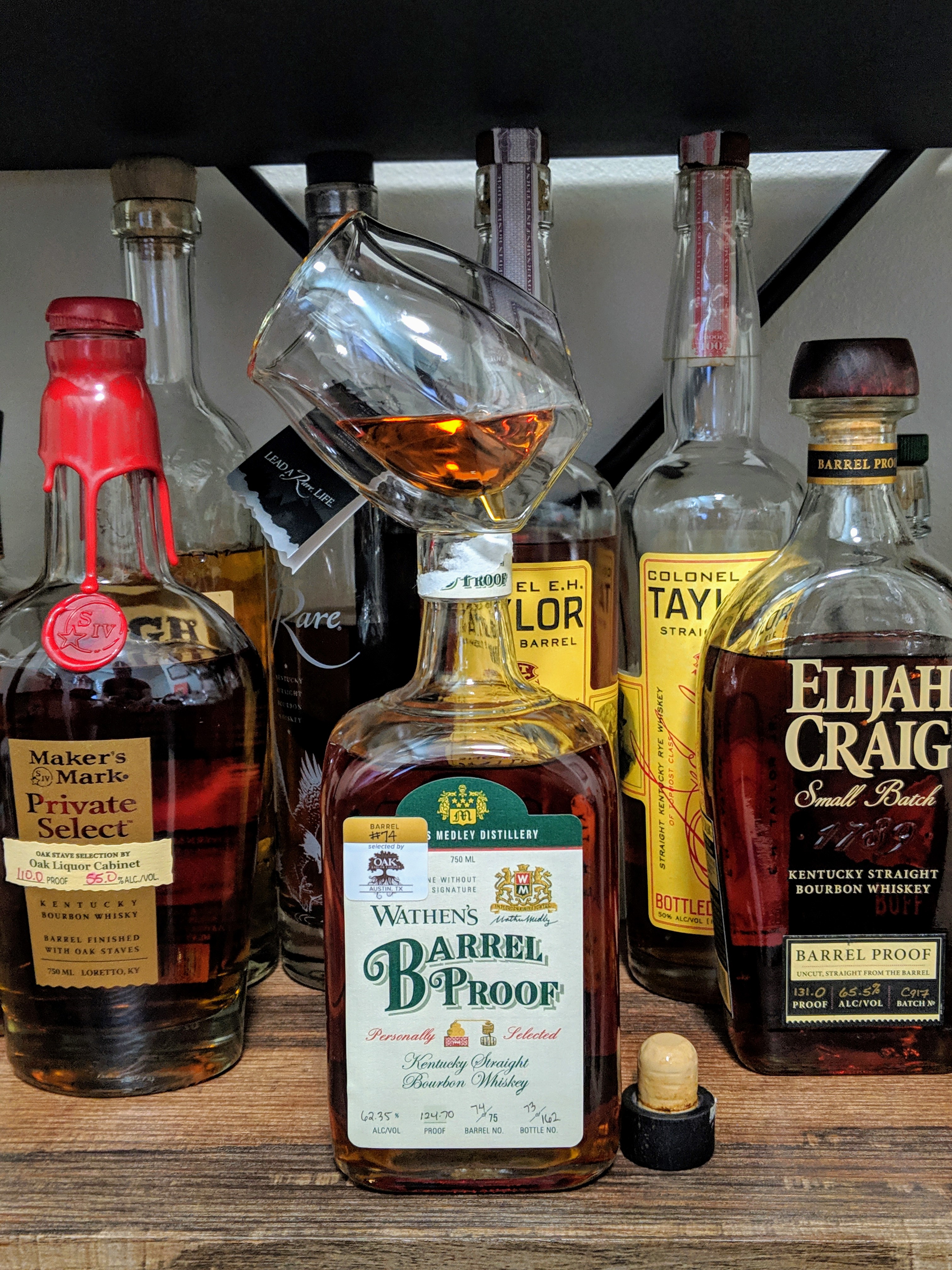 Nose: Sweet and spicy with predominately cinnamon sugar notes and a touch of vanilla.

Taste: Very similar to the nose it’s all cinnamon sugar with a solid mouthfeel.

Nose: The ice took the edge off off the cinnamon quite nicely and brought out more of the vanilla.

Taste: Very similar to the neat taste but again with less cinnamon and a bit of vanilla and caramel brought in.

Red Hots are a candy and this reminded me a lot of a liquid version of those so I’d definitely say it lived up to the tag line. It was very easy to drink especially given the proof. Unfortunately cinnamon isn’t my favorite note so this wasn’t the best fit for me especially given the price. That said if you like cinnamon candy and deceptively high proof bourbon this might be the bottle for you.