Following up on the new Woodford Reserve Wheat Whiskey I’m tasting another unusual four grain whiskey from Woodford: the 2018 Master’s Collection Oat Grain Bourbon. Woodford Master’s Collection is similar to Wild Turkey’s Master’s Keep in that they release a limited run product at a significantly higher price and in a fancy bottle. They didn’t release the actual mashbill as far as I can find but they did say they replaced most of the rye with oat grain. Woodford also claims that oat is the primary flavoring grain in most Irish pot still whiskey but I don’t know much about Irish whiskey either so I can’t weigh in on that. Either way I was intrigued when this came out last year so I picked up a bottle out of a dangerous mix of curiosity and taterdom for a fancy Four Grain bourbon and as a reward for voting. It’s been sitting mostly full and open for a long time so hopefully the air has done it some favors. 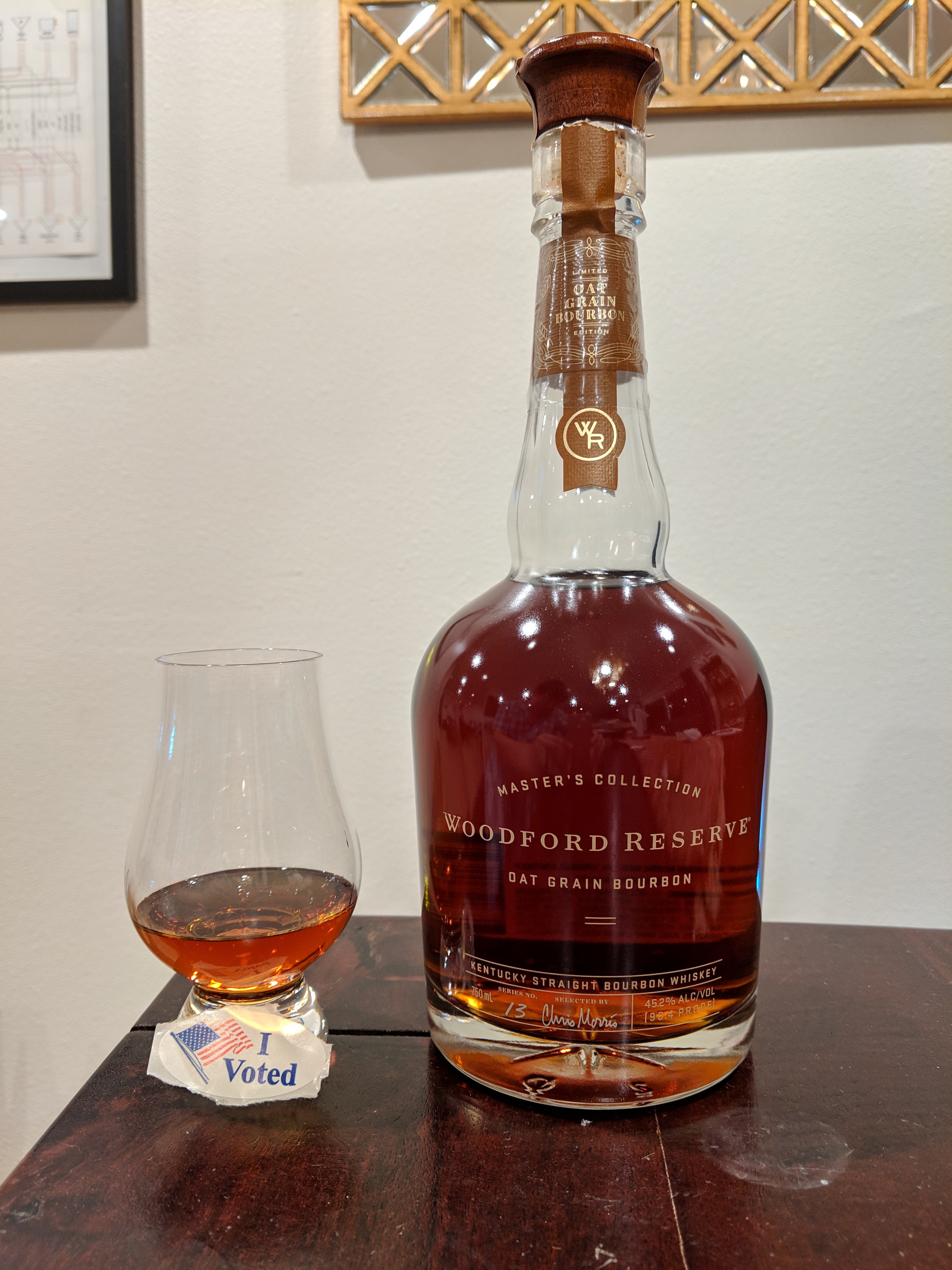 Taste: Prominent grain notes including the oat with more oak, vanilla and citrus. Decent mouthfeel but very solid for the relatively low proof.

When I got done tasting this I couldn’t decide if it tasted like Irish whiskey or not so I broke out my trusty bottle of Green Spot and I guess it sort of did? Either way the oat really came through which was really different for a bourbon. It was a little low proof and grain forward for me, especially for such a pricey release but it was good whiskey and was something different. I won’t be looking for another bottle at that price point though I am open to trying more of the Master’s Collection.