On to part 4 of the Woodford Reserve series with the first and only rye in the series. This is a barely legal rye with 53% rye in the mashbill. I haven’t seen this bottle around much and hadn’t tried it before a Woodford range tasting I had with a friend a few weeks ago. I was underwhelmed tasting it that night but hung onto a sample to sit down with later for a more focused drink. 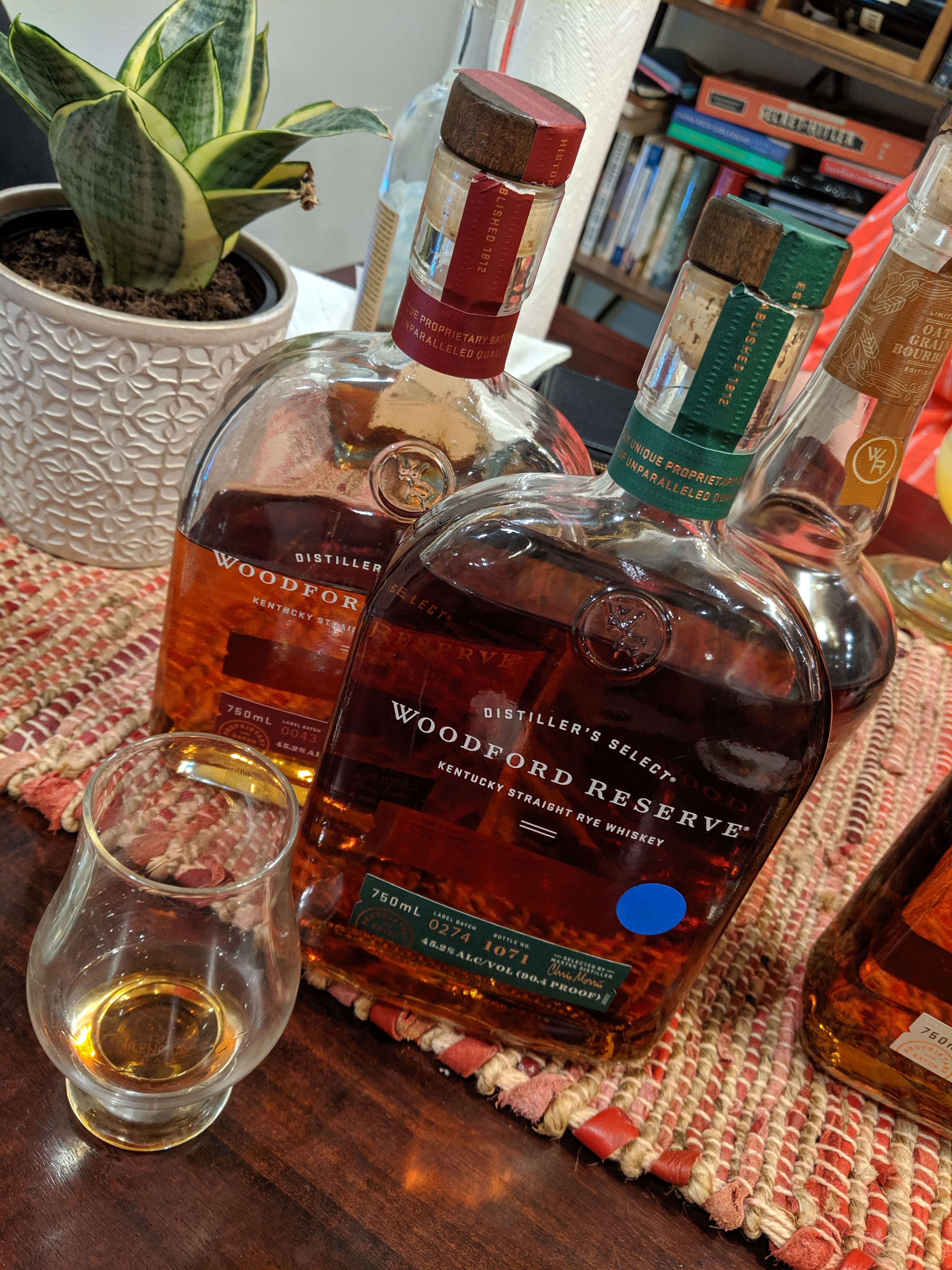 Taste: More spice and more herbal notes including the mint, warm baking spices, rye spice, black pepper and a sweet honey note with a slightly thinner mouthfeel than I’d like.

Finish: Medium to short especially for a rye whiskey with a bit of spice and mint.

Overall this was just fine. It was a little spicy, a little sweet and had some mintiness. The mouthfeel was pretty lacking even for the proof and compared to the other Woodford Reserve expressions. I’m not generally a big rye fan so it didn’t come as a huge surprise to me that this came in last place among the Woodford offerings for me. As far as lower cost ryes go I’d take Old Forester Rye or High West Double Rye over this anyday.

Next up will be a side by side of Woodford Double Oaked and a store pick!

TL;DR: Underwhelming rye, stick with their other offerings

4 - a fine whiskey that does not standout in either direction