I was invited the Milam & Greene launch event this week and it was a lot of fun with whiskey, cocktails, charcuterie, a grilled cheese truck and even fireworks. That said I was there for the whiskey so let’s get straight to it! Milam & Greene launched their Triple Cask Bourbon and Port Finished Rye this and I was able to drink them both there and take home a few samples.

Since I received these samples for free I won’t be assigning a value rating to the review as I don’t know how I would have felt if I bought them on my own. 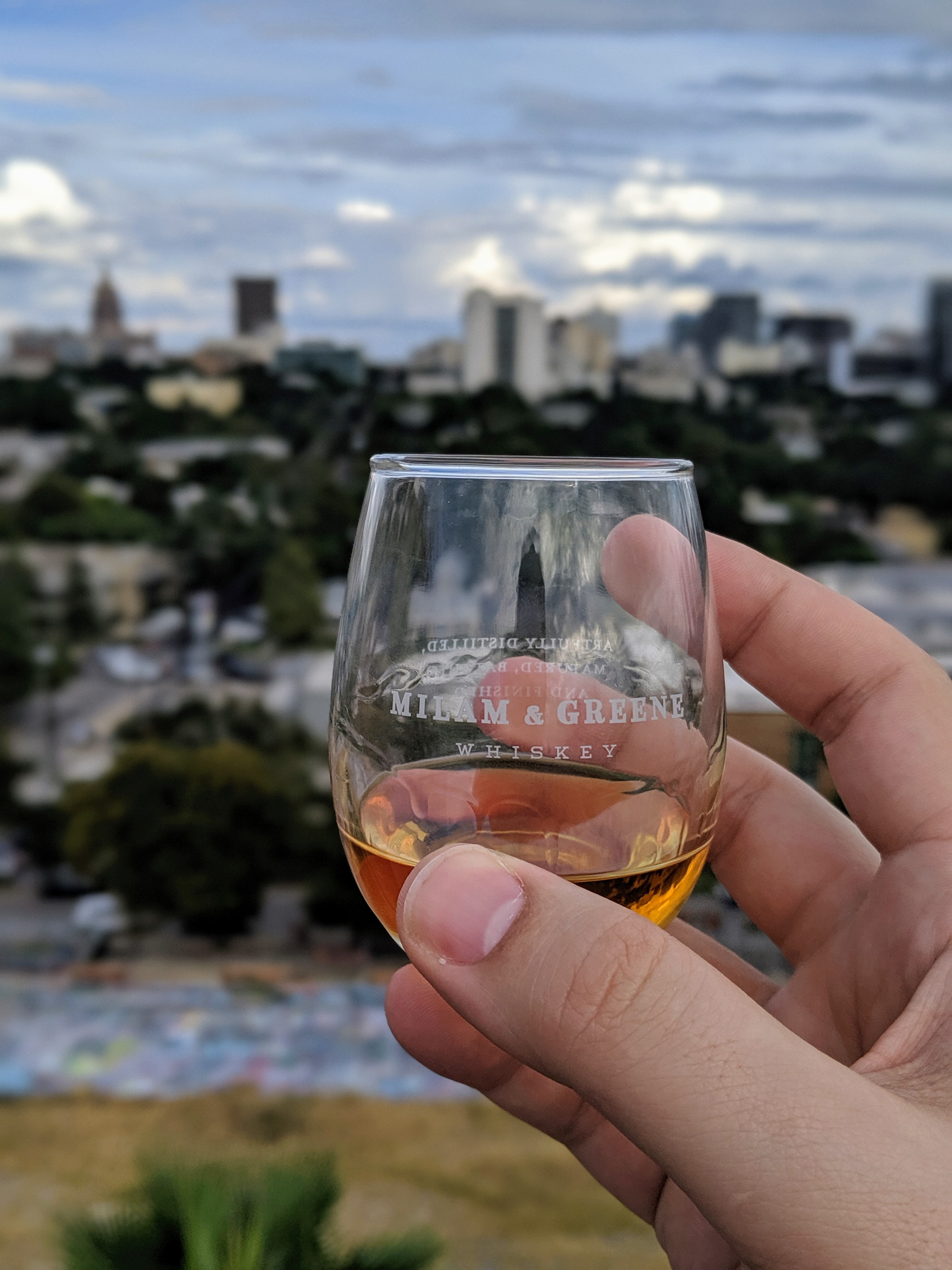 Taste: Caramel, chocolate, minerality, oak and more spice than the nose. Decent mouthfeel for the proof.

Finish: Medium to long with warm spice, a touch of sweetness and slightly tannic oak.

Age: NAS with a 6 week finish

Finish: Medium length finish with a touch of sweetness, herbs and rye spice.

Overall this blend reminds me of what Barrell is doing blending Tennessee bourbon with stocks from other locations and what Bardstown and High West are doing blending their own young distillate with older sourced whiskies. I am convinced that this practice is only going to become more common in the craft bourbon world and am excited to see more distillers embracing blending.

The Port Finished Rye is a NAS rye sourced from MGP and then finished in Port casks for 6 weeks here in Texas. It tastes like MGP rye whiskey with the classic spicy and herbaceous notes but decent bit of extra port sweetness and fruitiness to help round it out. It’s got a bit of harshness and grain at the start of the palate which detracted from the rest of whisky for me. I was initially surprised by the short finishing time but they told me that with the Texas heat 6 weeks was plenty and after tasting the whiskey I agree that it has plenty of port influence.

Overall it’s always good to see a craft distillery, especially a Texas one, move away from purely sourcing to using their own distillate especially when that leads to a more unique product than just the sourced juice and a better product than the young craft distillate by itself. I am optimistic that Milam and Greene will get better with future, more aged release and hopefully access to better sourced stocks.

TL;DR: The bourbon is a solid initial offering and a good take on what to do with young craft whiskey. The rye is slightly too young/harsh for me but has a nice balance between the port and MGP nots.