Today I’m kicking off a series on finished whiskies which tend to be a polarizing topic in the online bourbon world (for example just do a quick search for Angel’s Envy on r/bourbon). Some folks claim finishing is just a trick to cover up mediocre bourbon, others think it adds complexity similar to scotch and still others get bent out of shape on TTB labeling for finished whiskies. Personally I’ve enjoyed a lot of them and not cared for others with an overall positive opinion.

For this series we’ll cover mostly finished whiskies I like(since I don’t tend to buy bottles I don’t), hit on as many of the ones I don’t care for as I can and then dip our toes in some home blending and mini barrel finishing.

Last year Redemption submitted a rum finished label to the TTB. I remember thinking “That could be interesting” and then completely forgot about it. Well the day has come and it has been released so I picked up a bottle. I really enjoyed a High West Rendezvous Rye finished in rum casks so I was optimistic for Redemption’s take. 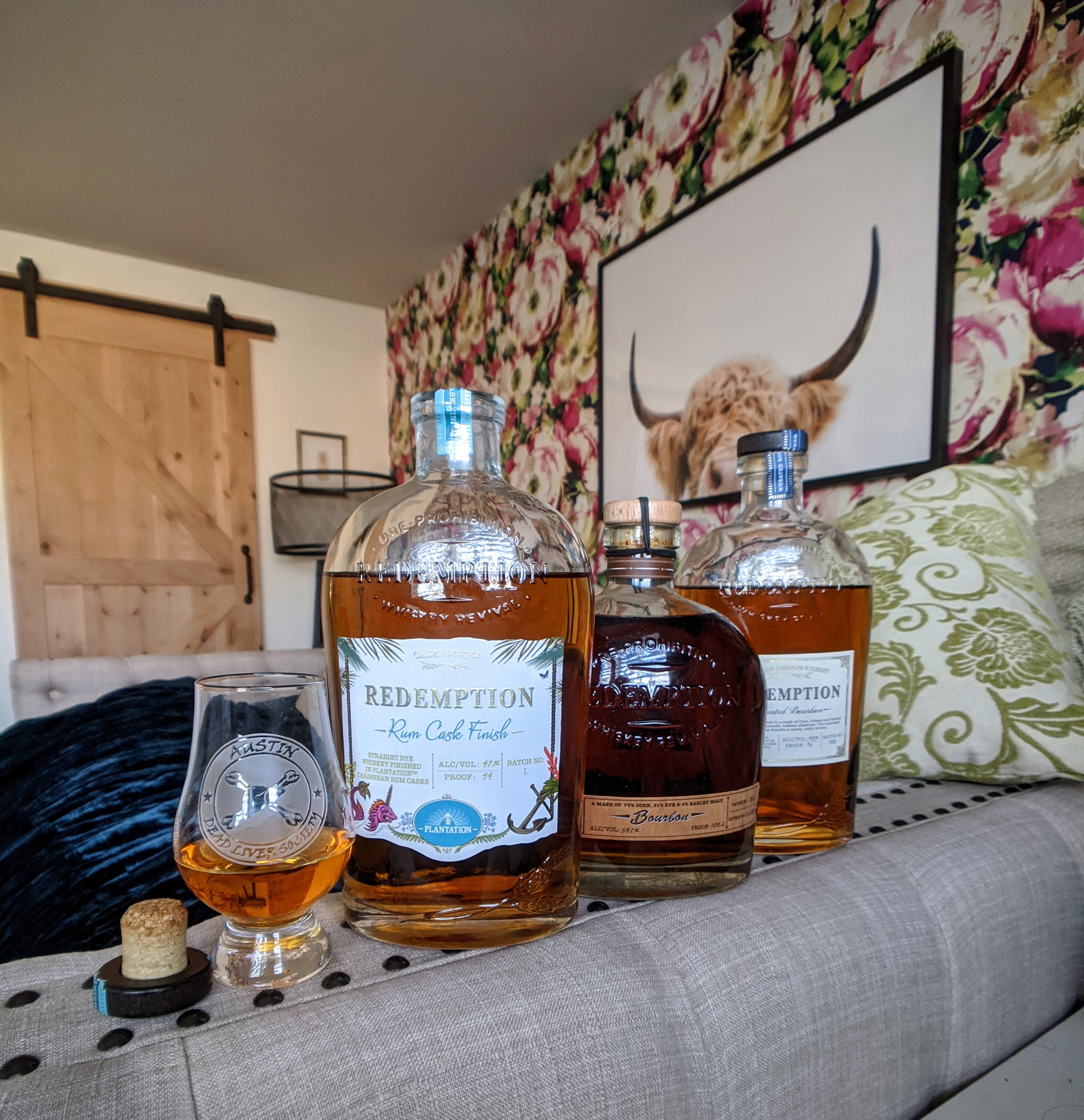 Nose: Sweet herbal notes with a hint of banana.

Taste: Herbaceous notes typical of MGP with a sugary sweetness, a bit of banana and an unusual mouthfeel.

Finish: Short with a mild sweetness and faint herbs.

This was interesting. I tend to like finished MGP rye and rum finishes so I had high hopes. This was a bit of a letdown because of the high hopes but not too much of one because it is still a good whiskey. It’s exactly what I would expect mixing classic MGP rye notes and basic rum notes. It’s herbal and sweet with a bit of banana throughout. It was a little too sweet for me though.

I wish I could do a better job explaining the mouthfeel. It isn’t thin or oily but it has this dryness at the same time as being sweet. It’s unusual but not unpleasant.

All in all I will enjoy this bottle as a nice after dinner dram which is great since my MWND is nearly empty but I won’t be going back for another bottle. I tend to think Redemption’s regular rye offering is just so so and in this case the rum cask finished made it more interesting.

Fair - Worth the money, happy with my purchase