For Week 4 of Sample Mountain I am going to a take taste of 3 semi-dusty samples starting off with a Michter’s 10 Rye from 2014, then Stagg Jr Batch 4 and finishing off with a hazmat George T Stagg from 2009. For these samples the “Buy a Bottle?” is really in comparison to their modern releases. Obviously, had I known, I would have purchased any of these at their retail price back in the day. 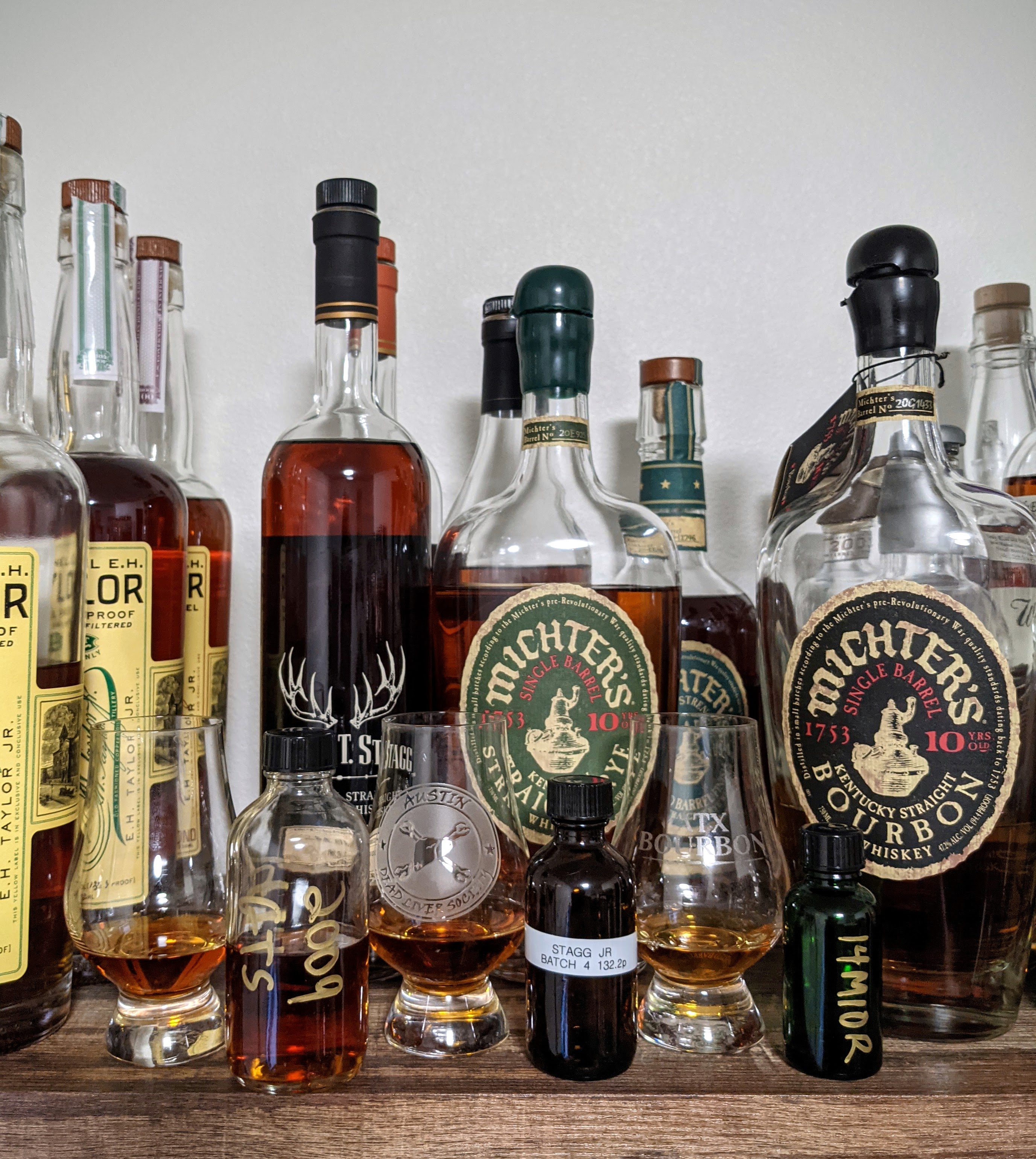 Taste: Vanilla cream, oak, cinnamon, hints of leather and more heat than I expected for the low proof. Unremarkable mouthfeel.

Finish: Long and dry with lingering vanilla, spice and oak.

Finish: Long and hot with fading cherry then lingering spice and oak

Nose: Oak, cherry and heat! with some spice and vanilla under the heat.

Finish: Long and warm and wonderful with a balance of oak, pepper, vanilla and caramel notes that doesn’t quit.

The 2014 Michter’s 10 Rye was the first release after their 3 year hiatus and supposedly the first release from their new source. Overall it was enjoyable but nothing special especially compared to the 2020 M10 rye which I thought was pretty great.

The batch 4 Stagg Jr was honestly a little too hot for me to really enjoy it neat. After this I added a bit of water and it helped quite a bit. Compared to Batches 9-13(I haven’t had 14 or 15 yet) this was a bit of a let down. I think Buffalo Trace has definitely started to dial in Stagg Jr over the last couple years.

I went into the hazmat Stagg thinking it was going to be overpowered with ethanol and while the nose was intense it really wasn’t too much. The flavors were big and bold and everytime I went back to the glass I felt like I tasted something new. The finish was delightful as was the mouthfeel. If I could buy a bottle of this for even a semi sane price I would pull the trigger.

TL;DR: ‘09 GTS was awesome, the other two didn’t stand up to their more recent releases.