Wyoming Whiskey has been up in Wyoming making whiskey for a long time now with relatively little fan fair. They initially only had a wheated mashbill but eventually they started a line of Straight American Whiskey using rye. The Outryder is a series of releases all using whiskey distilled in 2011 from two mashbills. The first is a pretty stand high bourbon of 68/20/12 corn/rye/malted barley while the second is an unusual mashbill with no majority grain of 48/40/12 rye/corn/malted barley. 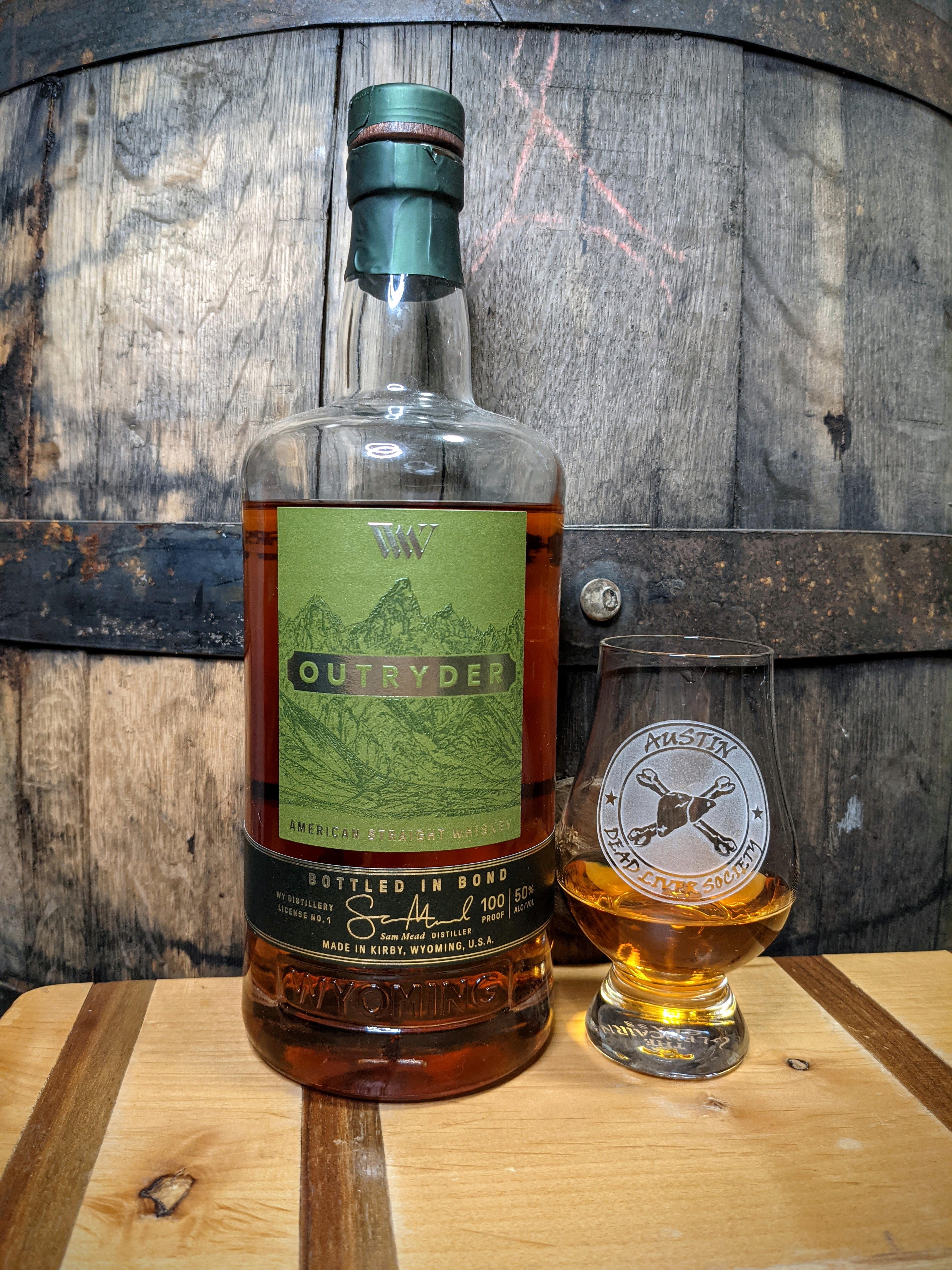 Taste: Dark fruit, warm baking spice, clove and caramel notes. The mouthfeel is nice and about what I would expect from a 100 proofer.

Overall this was an enjoyable whiskey. It sits somewhere between a rye and bourbon without being overly sweet, spicy or herbal. On the other hand it doesn’t particularly stand out in any way.

I would readily choose this over a number of other craft distilleries. So in that sense it is a success. Craft distilleries that actually distill all their own whiskey are rarely competitive with the big guys on price and Wyoming Outryder is no exception.

Also I initially hated that Outryder was spelled with a Y then I realized it was because of Wyoming and felt better.

There are supposed to be 3 more Outryder releases with each one being older than the last. Hopefully another year or two and maybe a barrel proof instead of 100 would push this for good to great.

1 Star - Good whiskey: I would choose to drink this over readily available whiskies