Week 6 of Sample Mountain is Rye week! I barely avoided including any Willet or High West ryes but I did manage. I am starting off with Jack Daniel’s Barrel Proof, then hitting a Mayor Pingree pick before finishing with Redemption 18! 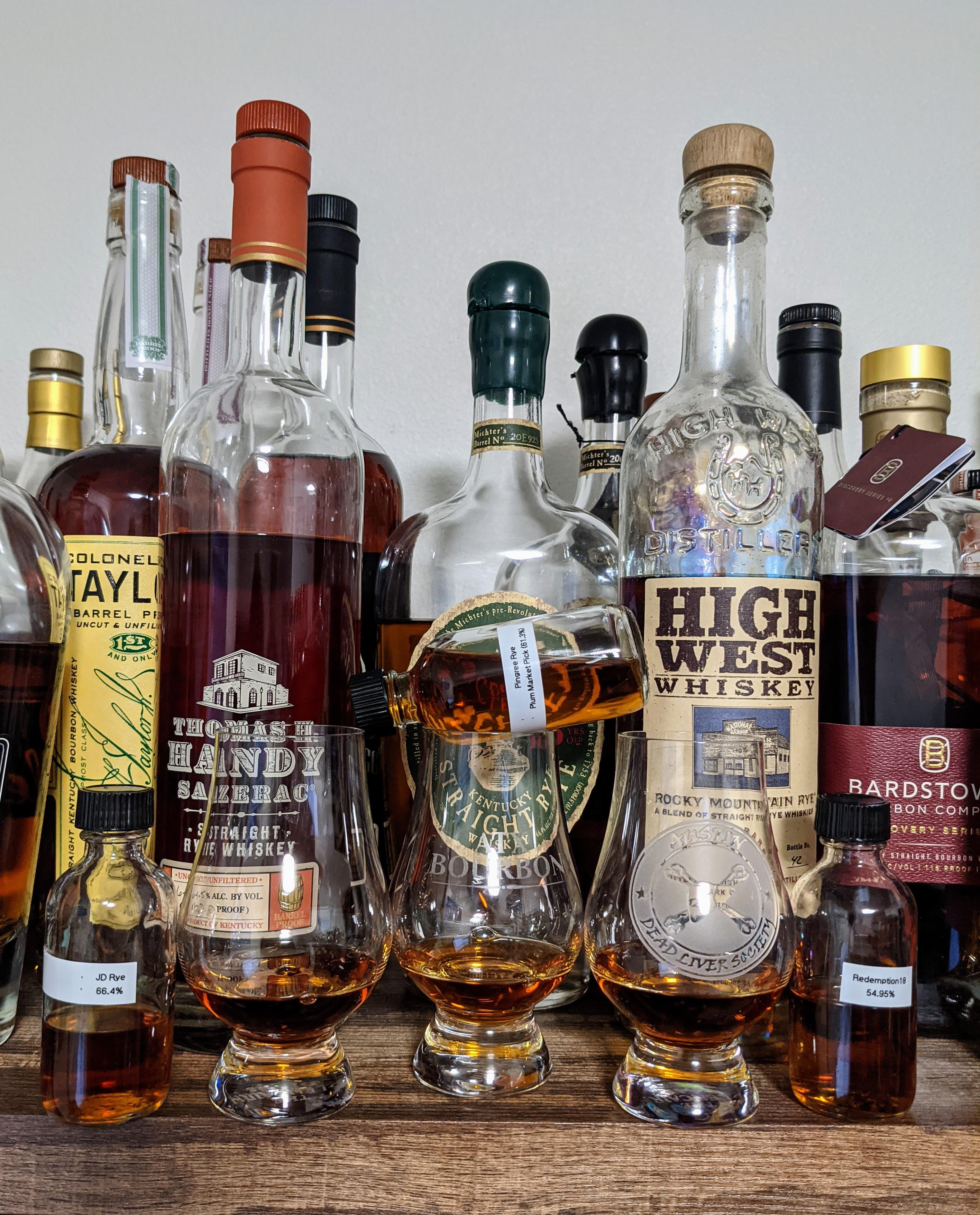 Nose: Dark, sweet and a little spicy with vanilla, rye spice and a touch of ethanol.

Nose: Very basic rye some vanilla, some rye spice and some dill.

Taste: The flavors ramp up as they go with herbs(including dill) and baking spices.

Nose: The age is obvious with the rich oak, minty herbs, sweet vanilla and subtle leather notes. This was borderline too complex with so much going on it was hard to pick out specific notes.

Buy a bottle? Yes, but it would have to be for a special occasion

The Jack Daniel’s rye reminds me a bit of New Riff Rye or Rare Breed Rye. It’s dark and spicy especially as it gets to the finish. I see why folks snatched this one up and while it’s not my favorite I did enjoy it and would have liked to grab one at retail.

On the other hand the Mayor Pingree was just fine with a bit too much dill for me and nothing particularly exciting. There are plenty of easier to find and better ryes out there that I wouldn’t bother picking this up. To be fair it probably suffered being in the lineup with the big and bold JD rye and the ultra aged Redemption 18.

The Redemption 18 was crazy good. I wasn’t sure what to expect but now I want one. That said the price is crazy so I’d have to be celebrating something. I definitely need to blind this with the High West Rocky Mountain Rye and something else old.

TL;DR: JD rye was big and spicy but good. Mayor Pingree was meh. The Redemption 18 was fantastic but that price tag is intense.