Week 10 of Sample Mountain is Eagle Rare week featuring some local store picks and a semi dusty bottle. All of these are 10 year age stated and 90 proof and for the “Buy a bottle?” question it will be comparing whether it is worth it vs regular Eagle Rare. The first sample is a Spec’s pick from last year but that’s all I know about it. The second sample is the Moonshine pick from last year which I bought as part of a cocktail to go kit. I used the rest of the kit with some other whiskey and saved the ER to drink neat. Last up is an Old Prentice distilled Eagle Rare that was bottled in 2007. A local club I’m in did a bottle share on this and I have high hopes knowing it came from what would later be Four Roses! 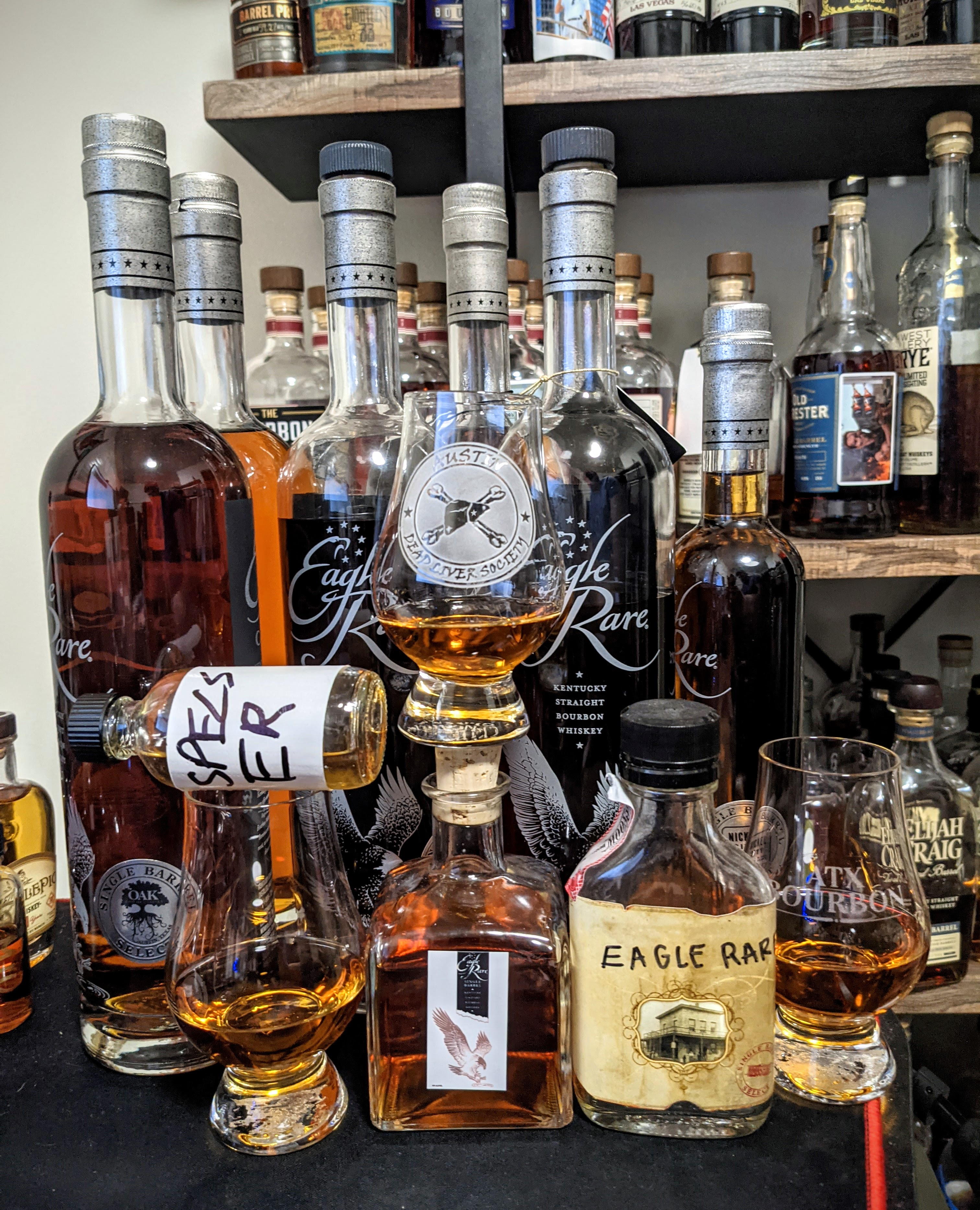 Nose: Softer than I expected with cherry, earthy and oak notes.

Taste: More cherry and more oak with some vanilla and spice coming in towards the end. Average mouthfeel.

Nose: Spicier, stronger and more complex than the Spec’s pick with the cherry taking a back seat.

Taste: More caramel with oak and earthy notes with spice toward the end. Unremarkable mouthfeel.

Finish: Long oak forward finish with some sweet and spice to balance and add complexity but mostly oak.

The Spec’s pick was the most similar to a regular Eagle Rare bottle with the earth notes toned down and the cherry turned up. I liked the extra sweetness and I’m a fan of Eagle Rare so I will definitely pick up the next Spec’s pick given the chance!

The Moonshine pick was the winner here with more spice and more complexity without neglecting the oak and cherry notes I enjoy in older Buffalo Trace distillate. The finish was particularly pleasant compared to the other two.

The Old Prentice was different with more of a caramel sweetness than the Buffalo Trace cherry. While it is a nice changeup from modern ER it is not significantly better and is not worth hunting down or overpaying for and I actually think I prefer the Buffalo Trace take on Eagle Rare. I had higher hopes from this knowing was distilled at what is now Four Roses but at least it was enjoyable!

TL;DR: Moonshine pick was the winner, the Old Prentice didn’t live up to my admittedly high hopes and Spec’s pick was enjoyable but nothing special.