I was very fortunately able to grab both the Michter’s 10 bourbon and rye last year and after an unexpected delay here is the rye review! 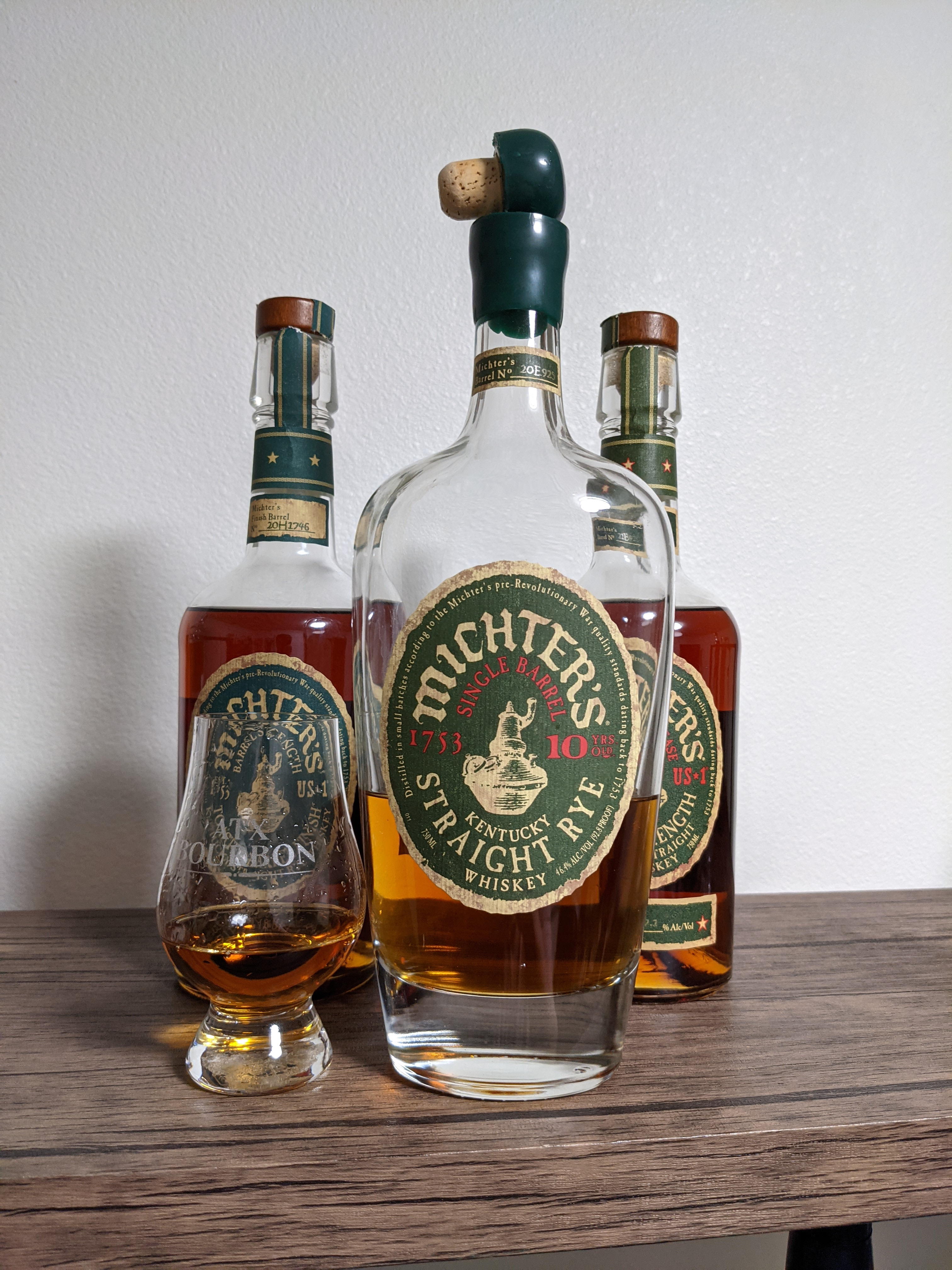 Similar to the bourbon M10 Rye packs a ton of flavor into a low proof, very drinkable offering. The mouthfeel suffers a bit from the proofing down but while it is lowlight it’s still enjoyable. Unlike the bourbon I was able to get this at retail but the retail on this is higher than the bourbon. Compared to the only 10+ year old rye that sits on shelves I can think of, Kentucky Owl, I think M10R is the clear winner and is cheaper. On the other hand I don’t think it holds up to the recent High West Rocky Mountain Rye release and it’s hard to compete on value with those extra aged Whistle Pig picks that have been hitting lately.

Overall this is another great bottle and consistent with Michter’s high price, high quality approach to the 10 year releases.

2 Stars - Very good whiskey: I would want to have a bottle