When another mystery 15 year old dropped and local shop ask if I wanted one my tater self couldn’t resist. So here we with the Old Bones 15 Year Reserve. This is from an unnamed distiller in Frankfurt, Kentucky(most likely Beam) unlike most of Old Bones line which if from MGP. 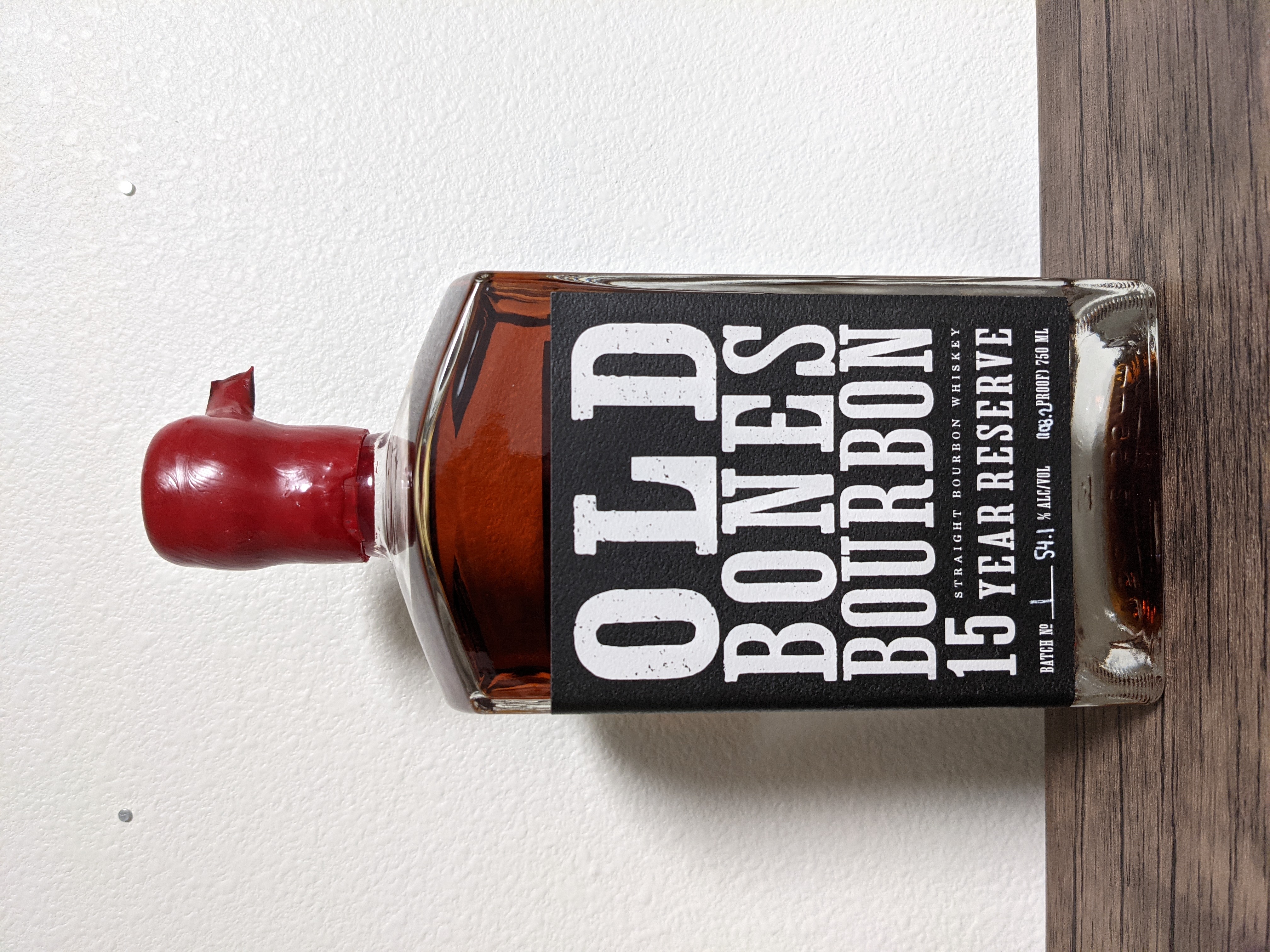 Taste: Rich oak, vanilla cream, caramel, nuts and then spice coming in toward the end. Great mouthfeel that’s not too viscous while being almost creamy.

Finish: Long and lingering with rich oak and caramel then warm spice at the back of your throat.

This was some fine 15 year old Kentucky bourbon. It doesn’t have any crazy notes but it has all the core notes I’d want from a bourbon with a great balance and intensity. It drinks below its proof in terms of heat/burn but above it in terms of flavor intensity. The creamy mouthfeel was a nice touch too. Despite the high price this is one I want to drink but don’t want to be out of so I’m definitely going to look for a backup.

On another note this reminds me a lot of the initial Doc Swinson’s 15 year release, #6. This is a lower proof but it was also excellent. I am unfortunately out of that release but I’ll definitely be blinding this against Doc Swinson’s Release #7.

I’d definitely stack this up against other releases in the same price range such as Michter’s 10, Lux Row Double Barrel or Bardstown Discovery series so it’s worth it in that sense. Compared to cheaper, higher proof offerings such as ECBP or the increasingly elusive 114-15 year old KC picks this is much more approachable and just a flavorful so I would say it is better than them in. Is it worth twice as much? To me yes but I could also easily see that answer being ‘no.’ Personally I went out and got a backup.

3 Stars - Excellent whiskey: I would be willing to hunt down a bottle