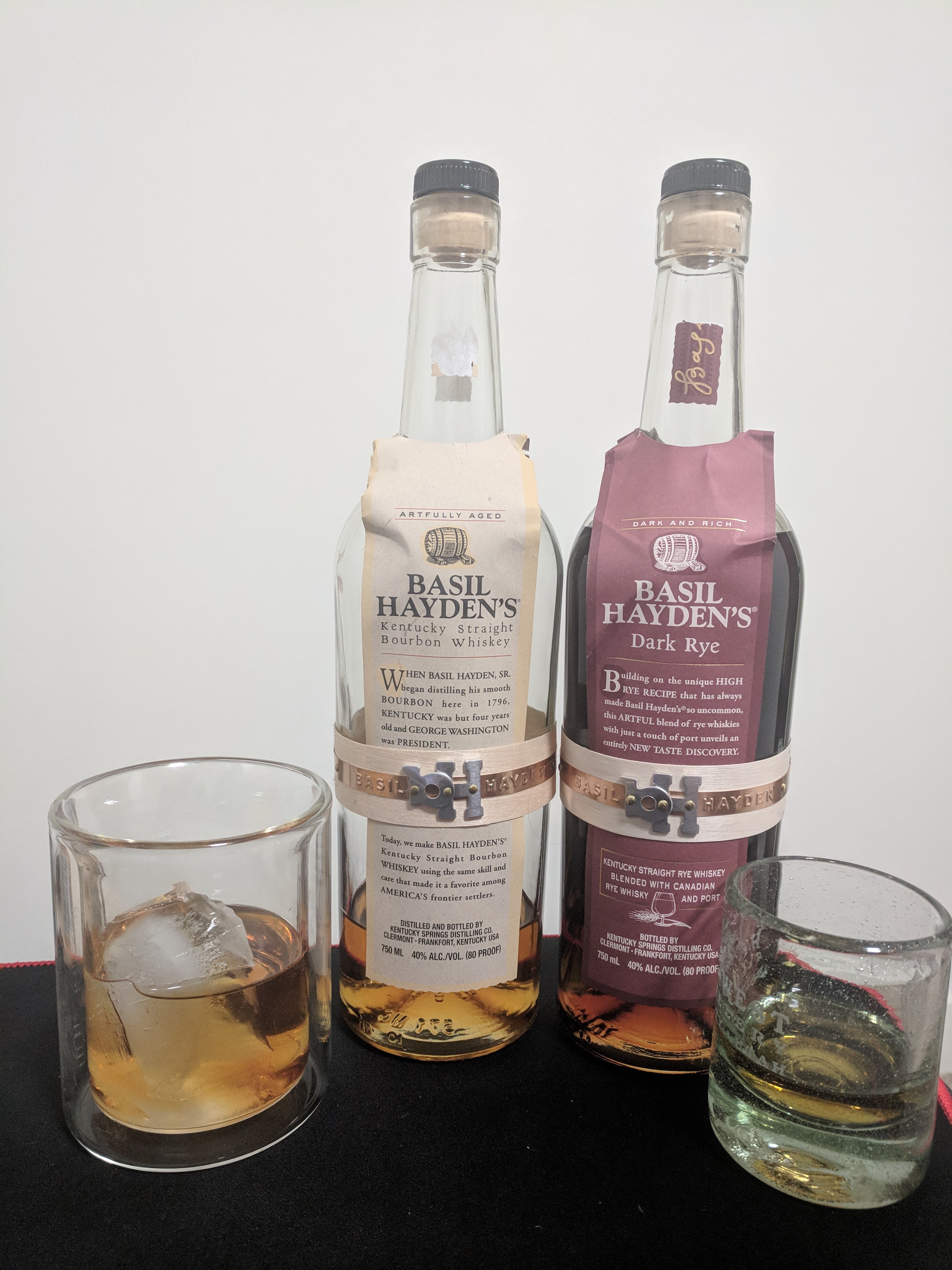 I’ve mostly been writing reviews of whiskey that I love so far so I thought I’d try my hand at some reviews with a lower score. I tend to have a bottle of Basil Hayden’s Straight Bourbon on hand and my wife bought me a bottle of their Dark Rye because I like ryes and she recognized the bottle. The straigh bourbon is of course a straight bourbon but the Dark Rye is some sort of Dr Moreau combination of rye, canadian and port.

Nose: Weak nose, slightly sweet with a hint of acetone

Taste: The taste actually starts off nicely with a little sweet and a touch of spice but nothing ever comes of it

Finish: Almost none, it sort of caught me by surprise when it ended

Nose: I mostly smelled the ice and the glass

Taste: Opens up a lot smooth with a little more of the sweet and spice blend from the neat

Finish: Equally short but I was ready for it this time

Mashbill: Unknown but some blend of Rye, Canadian and Port?

Color: A dark red and brown, lives up to the “Dark” part of the name

Nose: Smells strongly of something sweet, almost like maple syrup. Definitely the port coming through,

Taste: Not good. All the worst parts of rye whiskey, Canadian whiskey and port come together to taste like sadness. Notes of syrup and nail polish remover.

Nose: The sickly sweetness is more muted and some fruit starts to creep into the nose

Taste: More palpable but not by much. I can’t even.

Basil Hayden’s straight bourbon is solid but completely unremarkable; nothing wrong with it but nothing exciting either. I used to really enjoy it but as I’ve learned to appreciate more complex and stronger flavors it’s fallen by the wayside. I still usually have a bottle on my shelf since it’s a good entry point for newer folks and because my dad likes it. THe Dark Rye on the other hand is awful. Easily the worst whiskey over $20 for a bottle I’ve ever had. I poured out the rest of my glass after writing this. I think it’s discontinued in favor of their Darker Rye and Two by Two but if you do see it don’t buy it just to be safe.