I got into Japanese whisky at exactly the wrong time: just early enough to come to love it at the pre-craze prices but just late enough to not have stocked up or tried the really good stuff. For example the day Suntory announced that Hakushu 12 was being discontinued I was able to buy out the remaining stock at a local shop but I’d not had the chance to try any of their older expressions.

Anyways that brings us to a blind taste off between the pre-craze Yamazaki 12, which is now expensive and hard to find, and the post-craze NAS Yamazaki Distiller’s Reserve to see if these replacement bottles really hold up! 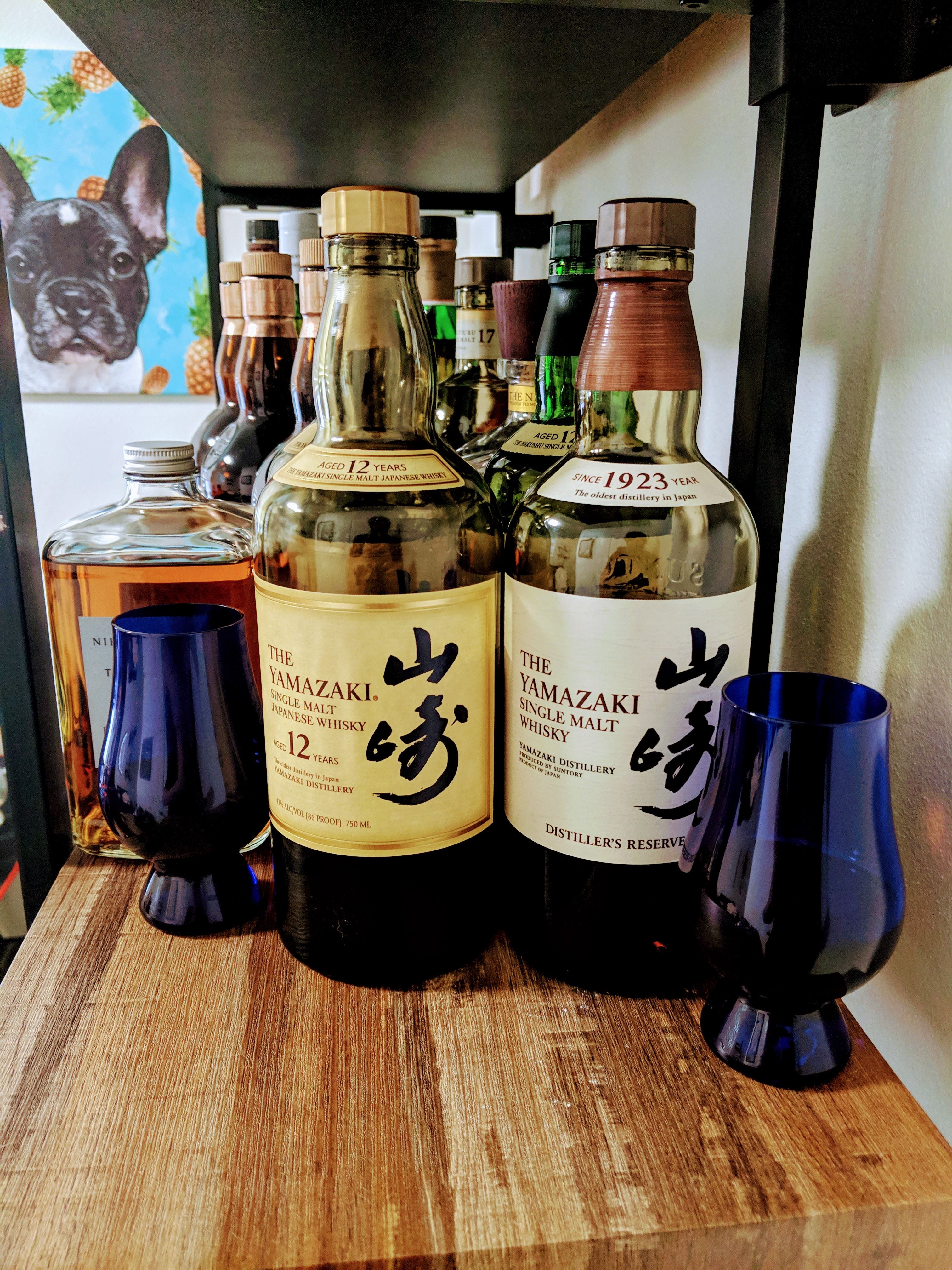 Nose: Rich,sweet and sticky with dark fruity and some floral notes.

Taste: The sherry influence is clear with it’s predominantly dark fruit notes. It also had a great, viscous mouthfeel for the proof.

Nose: Light and fruity with bright cherry and malt notes.

Finish: Medium length malty finish without much else going on. A bit disappointing.

As far as the blind portion goes I honestly had no idea which was which and optimistically guessed that my preferred one, #1, was the Distiller’s Reserve which was wrong.

As an aside, I’ve been comparing mouthfeels of single malts vs bourbons lately and these are both better than Buffalo Trace or Eagle Rare (the closest proof bourbons I had on hand)

My reviews are mostly about taste but occasionally take price into consideration generally dropping a point from whiskies in the 8-9 range that seem significantly more expensive than similar quality bottles.

10 - an all time favorite, must buy/hunt

8 - an excellent bottle I’d be happy to buy

1 - pouring out the bottle