Part 4 of the finished whiskey series takes us away from barrel finishing and into stave finishing with Maker’s Mark RC6. Maker’s Mark’s Wood Finishing Series and Private Selects take Maker’s Cask Strength and add 10 pieces of wood to a barrel then leave them sitting in their cellar for a bit to finish. It’s definitely a different take on finishing and I’m not really sure why they went this route.

There was a bit of hype that seemed to die down relatively quickly for Maker’s Mark RC6 when it first came out. I’m not a big Maker’s fan but I did grab a sample when I had the chance. I still had about half a bottle of a Maker’s Mark Private Select to taste alongside it. 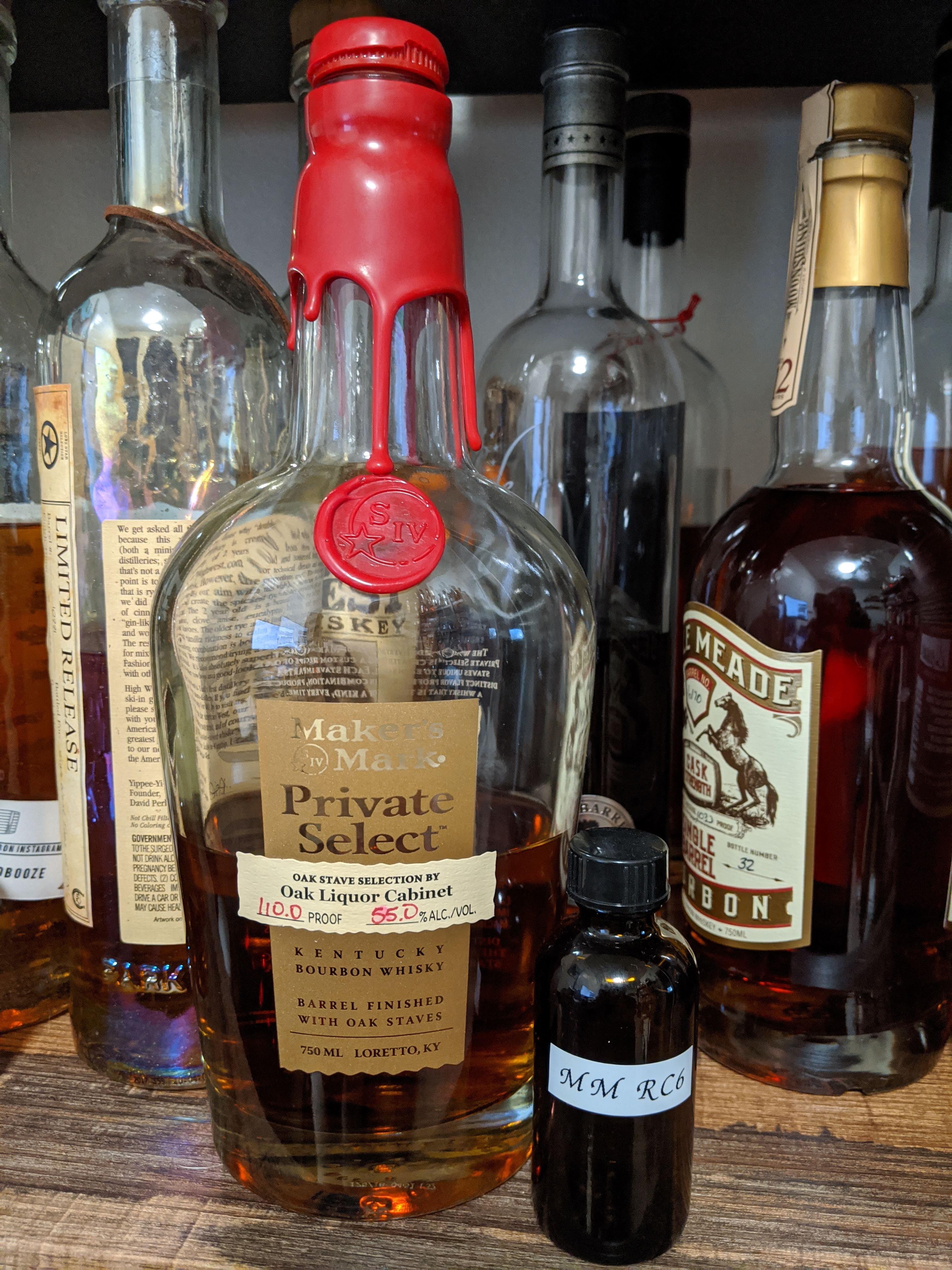 Nose: Soft and sweet with butterscotch and wheat notes.

Taste: More sweetness and wheat notes with a decent amount of baking spice and some subtle cherry. Good mouthfeel.

I feel like I should like this, and most Maker’s Private Selects, more than I do. The notes are always good, they aren’t too harsh and the high proof leads to a nice mouthfeel but for some reason they just don’t stand out to me. Maybe they are just too young? I do think the stave finishing process makes a noticeable difference compared to regular Maker’s Cask Strength which is even more underwhelming to me.

Comparing the RC6 to the Oak Liquor Cabinet Maker’s Mark Private Select I’d say they are pretty close but I would give the win to the RC6 but not by much.

TL;DR: On the same level as a good Maker’s Mark Private Select