At this point I feel like 1792 Full Proof needs no introduction. Oak Liquor Cabinet is continuing their insane pace of 1792 picks with their 4th Full Proof. I was part of the picking group back in February and we picked my first choice of the samples so I won’t be giving this a score. We did know this would hit town around when the summer heat would be picking up in Austin so we tried to pick something that would hold up well to ice as well as sipping neat. 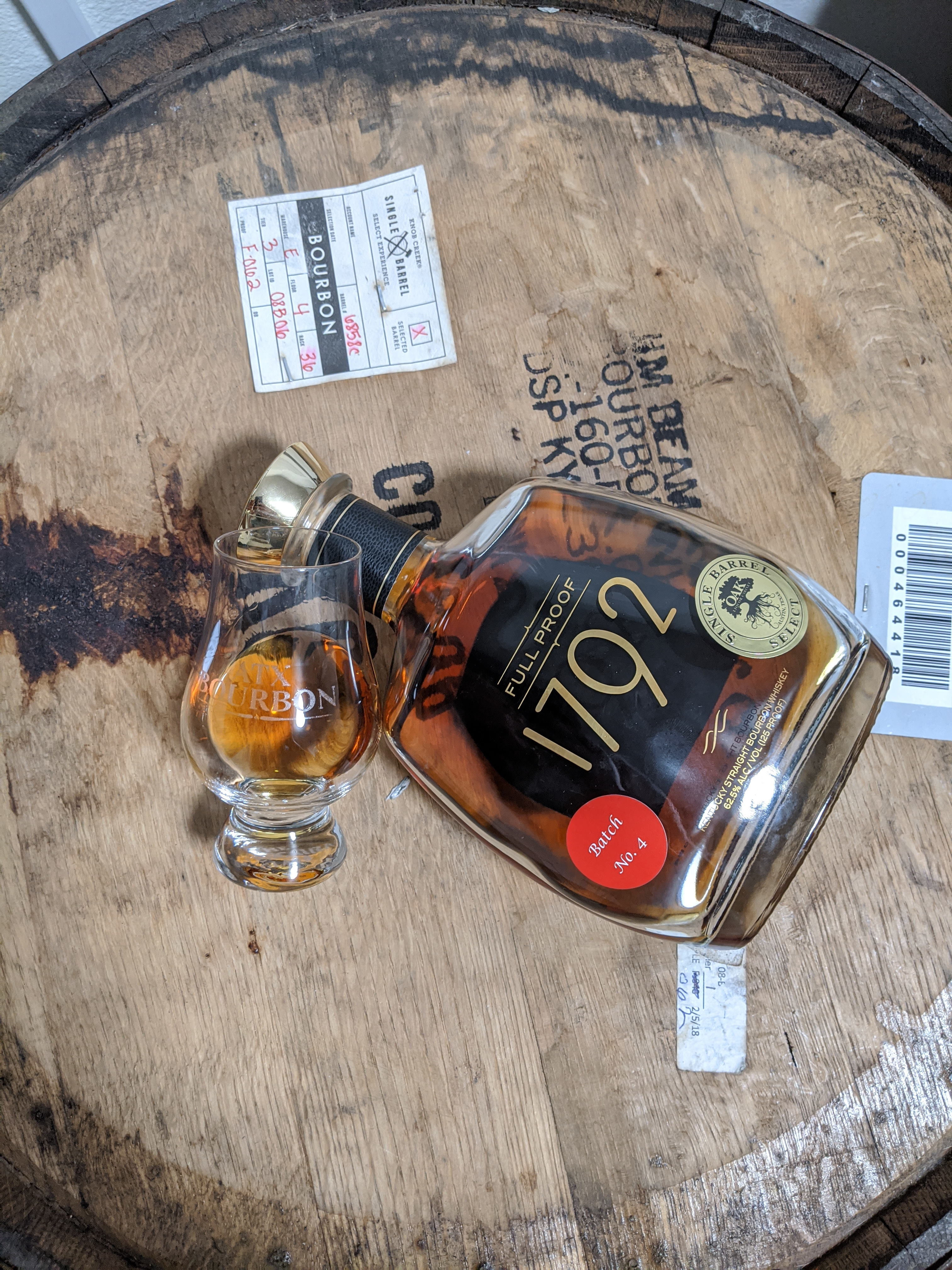 Taste: Starts with a big cinnamon candy note followed by bananas foster with a nutty note that becomes more prominent near the end. Very thick and oily mouthfeel.

Finish: Long and a little hot with cinnamon and banana notes.

Nose: The cinnamon is tamer but still present giving the whole thing a bananas foster with cinnamon note

Taste: The bananas and cinnamon cut right through the ice with the caramel and nutty note fade a bit. Great mouthfeel

Finish: Medium length with sweet caramel, banana and some cinnamon but noticeably less.

Overall this was a relatively simple but still tasty dram. Cinnamon and banana are two notes I get pretty often from 1792 Full Proof but this pick dials both of those all the way up while retaining some caramel sweetness and a nice nutty note that I occasionally get from Barton. I also like banana notes in whiskey as long as they don’t dominate palate so this was a nice one for me. It holds up super well to ice and now that the temperatures are pushing 100F here in central Texas that’s definitely a plus for a workhorse type bottle like 1792 Full Proof.

TL;DR: Cinnamon and banana bomb with just enough caramel and nuttiness to balance it.