When I went to my first bourbon tasting in Seattle there was a ton of amazing bourbon. A handful of bottles stood out among the crowd. One was the Four Roses 17 Year ‘Mutant Yeast’ but that is nigh impossible to acquire. Among the non-unicorn bottles a local Traverse City pick was quite tasty and had the perfect tater sticker. Thankfully the owner of the shop that did the pick was there and he generously agreed to dig a bottle out of his bunker for me. Several months and half the bottle later let’s see if this is as good as I remember.

As an aside the first time I tried to write a review of this bottle one of my French bulldogs came into my office and ripped a huge fart, ruining my ability to meaningfully taste the whiskey. So that was fun. 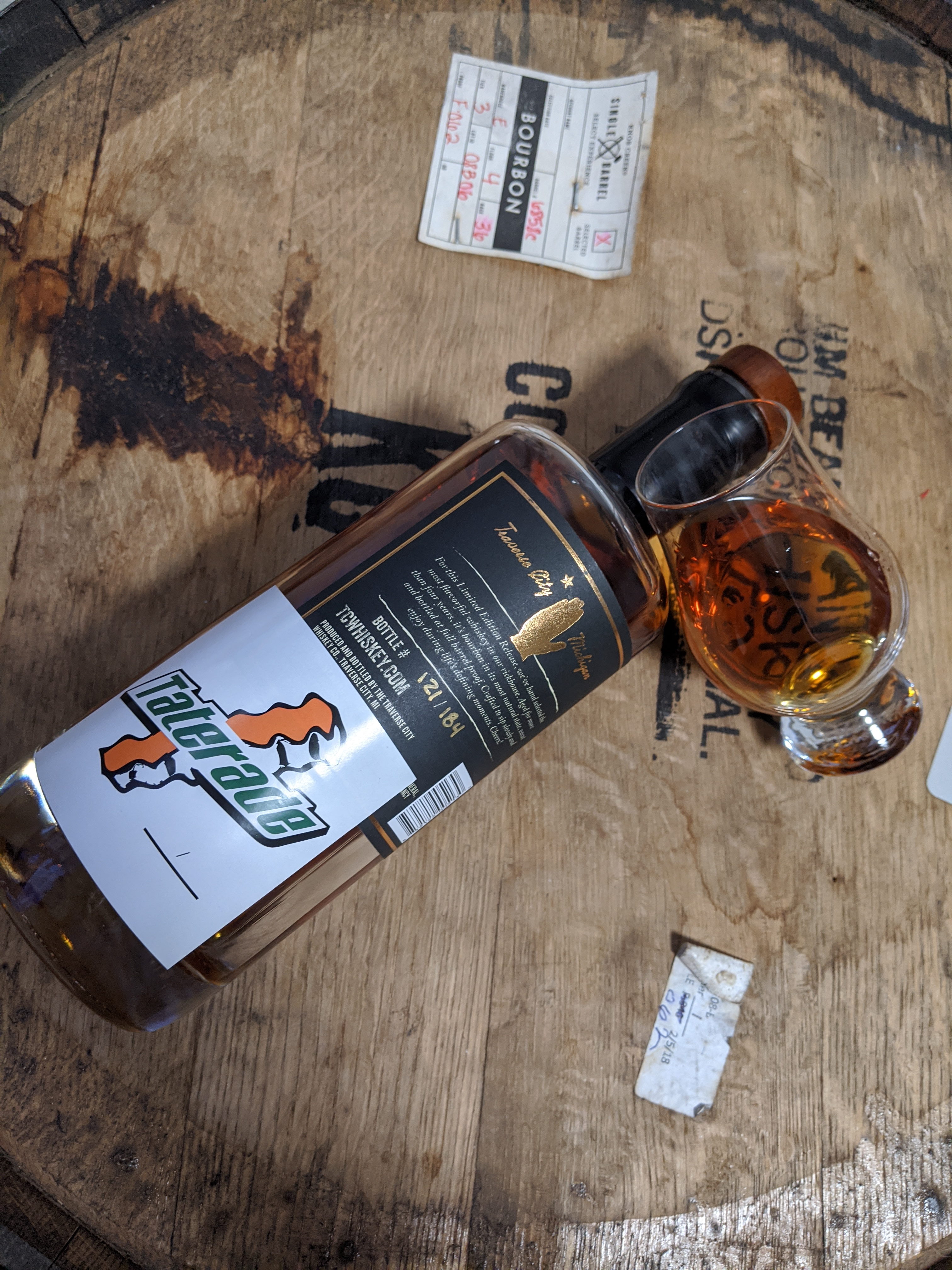 I really enjoyed the clear but not overpowering cinnamon note, the mouthfeel and the transition from sweet to spicier notes as the dram goes. Otherwise it was just an excellent MGP single barrel which tends to be right up my alley. I’m looking forward to trying more picks from Bob’s.

As far as Traverse City goes this barrel definitely feels like an outlier to me. I haven’t been particularly impressed with anything else I’ve tried from them.

9 - a favorite I always try to keep on my shelf